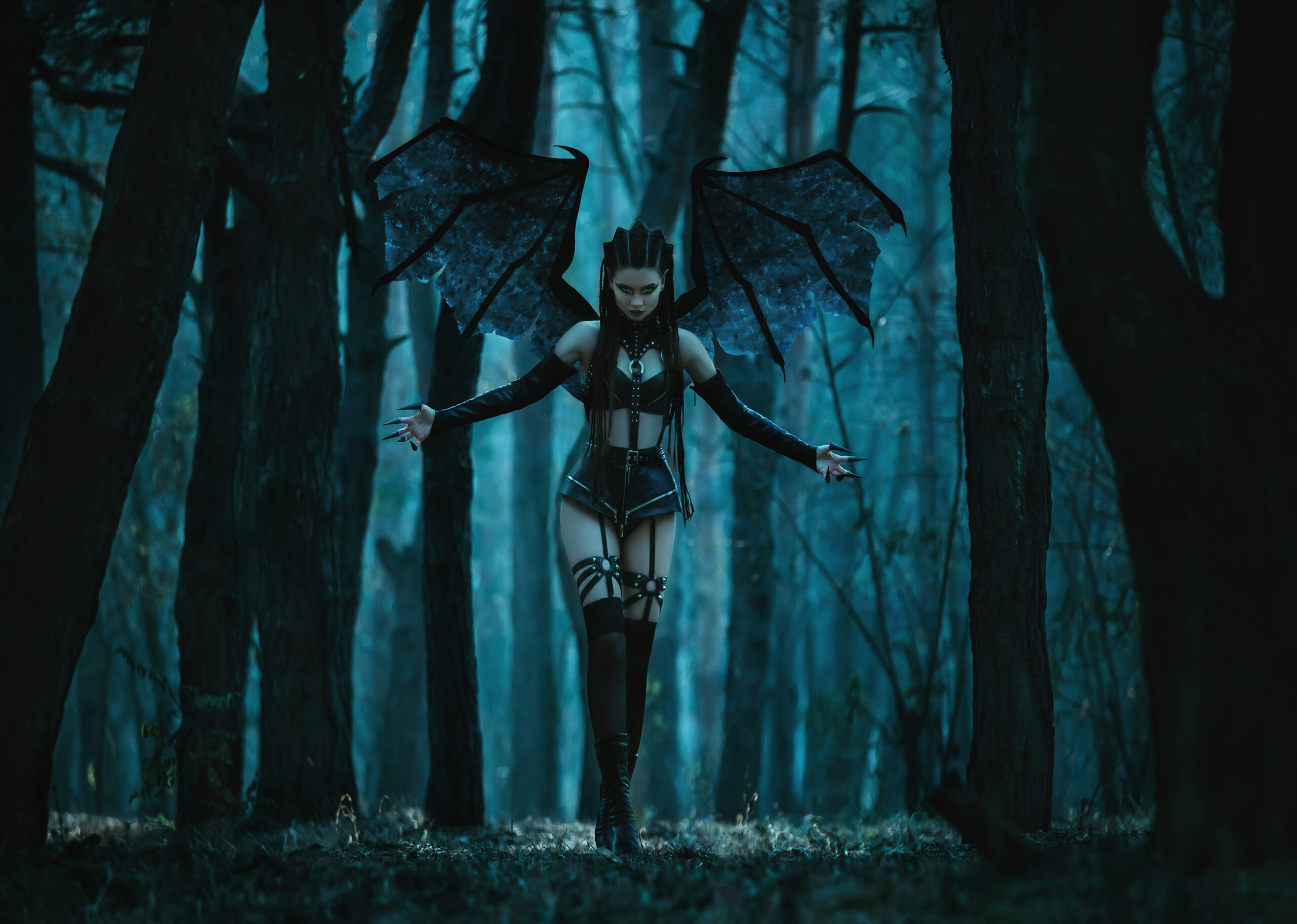 Jeremy’s text read “Happy to have you in town. Let’s meet at the Cottontail Club for some fun.” After several drinks, and hours; I began to lose hope that we would meet up. Not wanting to let this trip go to waste, I looked around the club. That’s when I saw her.

She sat at one of the VIP section’s small beige couches holding a Collins drink glass, designer purse at her side, phone in hand. Her dark black hair tightly pulled back. Her curvy, soft white skin was barely contained in a light blue, latex dress. As I approached, her darkly eyeshadowed blue eyes raised to meet mine.

“I brought you a drink.”, raising my arm to show the glass in my hands. “I’m not thirsty.”, she replied. Unsure what to say or do next, I stood there stunned. “My name’s Lillie. You’re interested in me, aren’t you pretty boy?”, she spoke. “No, I-“, “Your mouth says no but your cock says yes.”, she responded with a slight smile. Looking down I realized she could see the growing tightness in my pants.

“Do you dance pretty boy?” I nodded. “Let’s dance.” She took my hand and led me to the stairs. “My friends Nicole and Victoria will want to meet you.” At the foot of the stairs, we met her entourage. Two women, both clad in red corsets and tight leather pants. Nicole had long blown out blonde hair and Victoria wore short dark raven hair in a bob style. Lillie guided us to the dance floor with color square tiles, that changed color with the sound of the music. “I’ll be right back pretty boy; I need to use the ladies room.” Lillie said disappearing into the dance floor crowd.

I began to let myself go and sway to the music. Victoria and Nicole began to dance by my side. The tightness of their cleavage in the red corsets, the tightness of their pants, the hypnotic changing colors of the dance floor, and the music held me in a trance. Suddenly I could hear a whirring, machine like sound coming from the dance floor. “What was that?”, I whispered into Victoria’s ear. Through fragments, I could hear her say “Time for a set change.” She bent down to tie the string on her boot. I continued to sway to the club’s music in a euphoric trance.

Three songs went by and Lillie had not returned. “I’m going to go look for her”, I tried to tell Victoria and began to move off the dance floor when I suddenly realized I couldn’t move. My legs had been tied to a frame that had appeared from behind me. Before my hazy mind could realize it, Victoria began to bind my arms to it too. Nicole stepped in front of me and began to unbuckle and pull down my pants. I weakly struggled. The club’s DJ announcer voice spoke but I was unable to understand his words. The house lights brightened. I realized that a crowd had gathered to watch us.

Looking left I could see Lillie emerging from the crowd. Her piercing blue eyes starred at my naked flesh as if it were a meal, as her red lips changed to a predatory smirk. As she walked on to the dance floor, Lillie circled my bound body. She began speaking to the crowd in a language I couldn’t understand. The audience hooted and hollered.

She circled behind me and reached one arm under the frame, using her hand to hold the base of my member while she placed her mouth over the head of my erection. I could hear the crowd scream in delight.

“Just relax, this won’t take long.”, I could hear Lillie’s voice. “What is this? Who are you?”, I asked. I could hear her voice but only in my head. “I am a succubus pretty boy, like a vampire. I feed on pretty boys like you. Don’t worry, I won’t consume you completely.”

“But when you orgasm, I will consume a piece of your life’s energy.” Lillie’s voice continued. “How are you saying this?” I weakly spoke. “My lips may be busy but my power to feed on you is not.”, her voiced giggled. I could feel my strength and control being pulled from every corner of my being, down to Lillie’s waiting mouth.

Stopping, she pivoted her head to face the audience. Her mouth tightly wrapped around me, she winked at them. The crowd cheered in response. “It won’t be long now. “, Her voice continued to speak. Wave after wave of pleasure crashing into my aching mind.

Lillie knelt before me and continued to move her mouth along my cock. “Look down at me.” Lillie’s voice commanded. Her eyes began to glow bright blue as she continued with a faster pace.

I could hear birds chirping. I was back in my hotel room. Was it a dream? Reaching down, I found my phone. A text from Jeremy read, “Sorry we couldn’t meet up at the club last night, hope your night was as great as mine. Text me next time you’re in town!”. Breakfast with steam rising was sitting on the hotel room table. I stood up from bed. My body ached. “Good morning, pretty boy, did you sleep well? I hope you don’t mind I ordered us breakfast.”, Lillie’s voice spoke in my mind.

Brainwashed by the Femme Fatale

Get Your Free Audio Recording!

Craving more of Mistress Carol? Join her on LoyalFans! 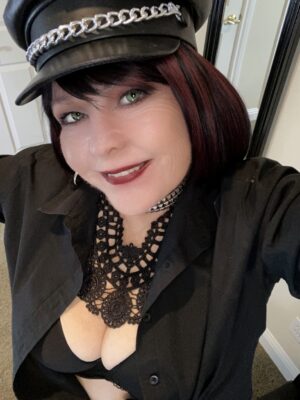 Praised as “the best in the industry”, her sultry controlling voice will allow you to let go and enjoy the deep surrender of hypnotic submission.

Get A Free Hypnotic Audio Recording

Mistress Carol loves to pamper her beloved subscribers and worshipers with a complimentary hypnotic recording session from time to time.